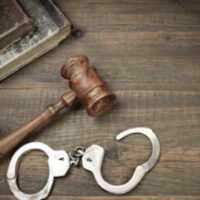 In general, governments like the state of New York can restrict free speech (i.e. pass laws criminalizing certain behavior that some would argue is protected by the First Amendment of the constitution) if:

Arguments Against These Criminal Laws

Those who have helped to write these revenge porn criminal laws argue that they are necessary to protect privacy rights and liken them to prohibitions against disclosing Social Security numbers or medical records, for example. However, defendants are responding that individuals who send nude pictures of themselves waive their right to privacy when they give them to others, it is not the state’s business to protect adults from themselves, and there is no harm being done here that justifies restricting free speech. They point out that if courts start allowing for speech to be restricted based on emotional harm and privacy violation arguments, all freedom of speech rights could essentially entirely disappear.

Courts have been all over the map in addressing challenges to these laws (i.e. defenses posed by those prosecuted for violating them). Thus far, their decisions have generally fallen into one of four decision categories:

These decisions could very well threaten the law – and the ability to prosecute people for violating it – here in New York. If you have been charged with a crime that violates your civil rights, contact our experienced NYC criminal attorneys at the office of Mark I. Cohen, Esq. today to find out how we can aggressively defend your rights.