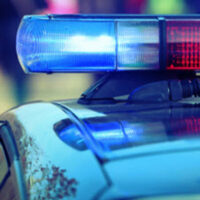 According to the New York Daily News, the NYPD officer who was previously suspended in 2017 after being found guilty of violating department rules was hit with hate crime assault charges and suspended from his job at the 70th Precinct. On the other hand, the Uber driver was charged with DWI after he blew a blood-alcohol level of 0.157, which is almost twice the legal limit. Both men pleaded not guilty. The NYPD officer was released without bail, although a judge was asked to set bail at $35,000.

New York takes cases of hate crimes very seriously. In a statement concerning the NYPD officer’s conduct, Brooklyn District Attorney Eric Gonzales made it very clear that the state of New York has no tolerance for hate-motivated violence. He said that the incident in question is especially wrong since it involves an NYPD officer.

So, what exactly is a hate crime? According to New York State Penal law, a hate crime is a crime motivated by an individual’s, a group’s, or place’s identification with a particular color, race, religion, gender, ethnicity, age, ancestry, disability, sexual orientation (including, gay; lesbian, bisexual, and transgender), or national origin.

Examples of hate crimes include, among many others, the following;

If you need more information, or if you are facing an assault charge, a hate crime charge, or any other criminal charge and need professional legal representation, do not hesitate to contact an experienced NYC criminal defense attorney at the law offices of Mark I. Cohen, Esq. at 212-732-0002.