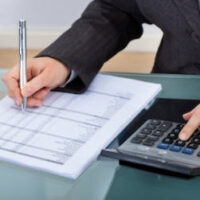 At least twelve people were indicted for allegedly being part of a New York auto insurance fraud ring at the beginning of December. For two years, law enforcers conducted an investigation, which they dubbed “Operation Sledgehammer.” According to prosecutors, the defendants committed insurance fraud by damaging cars and intentionally making car damages worse. The defendants are said to have even staged some car accidents.

The New York fraud ring named Jawahir Enterprise consisted of car owners, body shop owners, and their workers, among other individuals. Car owners are said to have been receiving a share of the deceitful payouts.

What Is Auto/Car Insurance Fraud?

Due to the severity of auto insurance fraud, law enforcers work tirelessly to punish guilty parties.

Being accused of insurance fraud is scary. However, when an accused party works with a qualified criminal defense attorney, the situation becomes less frightening, especially if the attorney can present strong defenses. For example, if you had no intent to deceive, your attorney can help you prove that in court.

The value of the funds illegally obtained determines the penalties of an auto insurance fraud offense. According to Article 176 of the New York Penal Law, insurance fraud falls under five differing degrees.

A crime in the fifth degree is a class A misdemeanor, punishable by up to one year in jail.

Below are the penalties for the other degrees of insurance fraud crimes.

Note that any offense involving the acquisition of funds exceeding $1,000 is a felony.

If you are facing insurance fraud charges, you need to work with a qualified NYC insurance fraud attorney. To ensure you protect your rights and increase your chances of preserving your freedom, contact NYC criminal attorney Mark I. Cohen today.