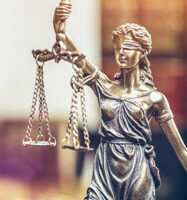 In late October, the House of Representatives passed the Preventing Animal Cruelty and Torture Act, making animal cruelty a federal offense. While there have long been state laws against animal cruelty, previously, federal law only covered certain issues, such as animal fighting and the distribution of crush videos. However, the new law makes a number of activities federal crimes, including burning, crushing, drowning, impaling, sexually exploiting, suffocating, and/or other violence committed against animals that causes “serious bodily injury.”

Not only would these crimes become federal offenses, they would be punishable with up to seven years in prison and a fine. This is a far cry from the penalties at the state level for animal cruelty, which (in New York) usually involves misdemeanor offenses; punishable by imprisonment for less than one year or a fine not to exceed $15,000.

The legislation also vastly expands what animal cruelty activities federal law criminalizes, as, up until now, the federal government has largely been limited to only those activities that affect commerce, such as selling “crush videos” (videos depicting a particular type of animal cruelty) online. As a result, it has been difficult to prosecute cases that span different jurisdictions, or those that lie outside of the control of the states, such as federal military bases and other locations. The current law builds on that which was already implemented in 2010 banning videos depicting animal cruelty, such as crush videos.

While the legislation still has to pass the Senate to officially become law, many do not expect a significant amount of pushback, given that the bill was passed unanimously in the House. In fact, the Senate already passed companion bills to the current law twice in the past, indicating that it should not be met with resistance there. In addition, the law has the support of many in law enforcement, who have indicated that they need more tools to go after suspects that hurt animals in an effort to prevent them from also committing acts of violence against people. The bill also has a number of exemptions built in that could otherwise elicit opposition, including exemptions for:

If You Have Been Accused of a State or Federal Crime, Contact Our NYC Criminal Defense Attorneys

If you have been accused of animal cruelty at the state level, or any other state or federal crime, contact our experienced NYC criminal attorneys at the office of Mark I. Cohen, Esq. today to find out how we can help provide you with the very best in legal services.