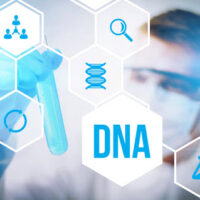 The issue of how police are obtaining DNA in order to charge suspects with crimes is an issue that is becoming more and more relevant every day as police appear to be using new investigative techniques that combine genetic testing and genealogical records to in some instances solve decades old cold cases more and more. In some of these cases, police are also lying in order to obtain this DNA evidence from innocent people, which implicates serious constitutional rights issues.

Take a case from 2018 by police in Orlando who went to the home of the mother of their suspect and asked her if she would voluntarily provide a DNA sample so that police could identify a possible relative who had been found deceased, which was a lie. What police were actually looking for was evidence to link her son to a murder victim, who was arrested and now faces trial for murder.

Stealing DNA Off Of Garbage To Solve Cold Cases

Now take another current case that has garnered significant headlines of late and which involves police using investigative genetic genealogy, which relies on DNA and ancestry records to find people with links to DNA left at crime scenes ages ago. In this case, police used genealogy to build a family tree, which pointed them to a suspect who allegedly left DNA at a crime scene back in 1981. They then took garbage from the suspect’s home and sent that garbage to the state crime lab, where analysts extracted DNA; all without a search warrant; arguably violating her constitutional protection against unreasonable searches. She is also now being charged with murder.

The issue of whether police had sufficient evidence to form probable cause in these seizures is a serious question. It remains to be seen what role this deceptively collected DNA evidence will play in these trials.

There is also the issue of taking personal DNA without a warrant as constituting an unreasonable and unconstitutional invasion of privacy. There is no indication in either of these cases that any were attempts made to obtain warrants, nor is there any indication that exigent circumstances existed to justify warrantless searches. There is precedent for police deceiving suspects, however, that precedent is qualified by the suspects first voluntarily waiving their right to remain silent. There is no precedent for people being tricked into their privacy being invaded, and there is no such thing as a legal consent to have one’s personal and private information within our bodies – i.e. our DNA – searched through deception. This is the type of evidence that is entitled to the very highest level of Fourth Amendment protection.

If You Have Been Charged with A Crime, Contact The Very Best in Criminal Defense

Your DNA information – whether that be blood, saliva, or urine – is protected from unreasonable search and seizure by the Fourth Amendment. In the absence of exigent circumstances, these actions require a warrant.

If you or a loved one has been charged with a crime here in New York and you suspect police misconduct has resulted in evidence being collected to be used against you, contact NYC criminal attorney Mark I. Cohen today to find out how we can help.