“Blame My Brain”: The Increasing Effectiveness of Neuroscientific Evidence in Criminal Defense Arguments 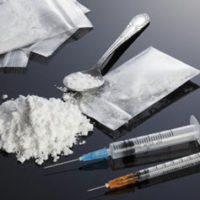 The argument that genetic abnormalities are linked to behavior and should therefore serve to provide leniency in terms of criminal defense and punishment is gaining traction in US courts. Now, one case in front of the New Mexico Supreme Court could set a powerful precedent for the rest of the country with respect to the use of behavioral genetics and other neuroscience research in explaining why individuals break the law; including such importance considerations as whether we should rethink guilt and punishment due to this connection between brain and behavior.

There is no question that neuroscience is ever increasingly complicating determinations when it comes to pinpointing intent for crimes. Specifically, these genetic markers are making the determination of intent much more nuanced. According to close to 3,000 judicial decisions made between 2005 and 2015 in which criminal defendants used neuroscience in their arguments in criminal cases involving drugs, to fraud, to kidnapping, to murder, as analyzed in one recent study, in approximately 20 percent of these cases, the defendant had a favorite outcome as a result; outcomes which included being granted a new hearing or reversal of the prior ruling. While evidence linked to brain scans, genetic sequencing, and psychological exams has been used for years to challenge whether a defendant was capable of premeditated murder, competent to stand trial, and/or should face the death penalty, this type of evidence is clearly now making more headway in the courtroom.

One particular genetic deficiency known as a variant of a gene called “MAO-A,” which regulates aggressive behavior in men, was first documented in 1993 and successfully used in 2009 to persuade a jury that a criminal defendant should face a less severe punishment than the death penalty. Variations of the deficiency have been linked to an increased risk of criminal convictions when coupled with a defendant also suffering from abuse as a child. What’s more, genetic deficiencies like these can be tested for simply via online commercial genetic testing companies, and while these consumer tests won’t necessarily hold up in court, they do provide a starting point for geneticist to conduct more comprehensive tests and thereafter serve as an expert in a given case.

The trial in front of the New Mexico Supreme Court is that of Anthony Blas Yepez, who has also tested positive for this MAO-A deficiency/mutation. While the lower court judge refused to allow these test results to be used as evidence in his case, on appeal, a higher court indicated that the judge should have allowed the genetic evidence in. Now, the New Mexico Supreme Court has decided to hear Yepez’ case and decide whether to overturn the verdict and grant him a new trial; this time allowing a jury to hear the genetic evidence to help explain his actions.

Concerns Over “Junk Science” & Misuse Of These Tools

There are some scientists that have concerns about these claims. Some believe that while neuroscience can help understand someone’s predisposition, it cannot explain what someone was thinking or feeling at the time they committed a crime; meaning that it is not yet ready to be used in the courtroom; especially because it is difficult to show a direct cause-and-effect relationship. A number of scientists are also concerned that prosecutors might turn the tables and use this type of scientific evidence against defendants, arguing that it is indicative that someone should be punished more harshly simply because of what the science tells us about their brain.

If you need legal help, contact NYC narcotics crime defense attorney Mark I Cohen, Esq., to find out how we can provide you with the very best criminal defense possible.