Administration Moves to Restrict US Work Visas & Other Immigration Policies 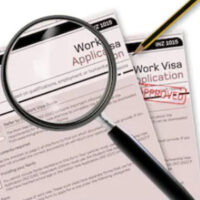 Pursuant to President Trump’s April proclamation, there are a number of expected immigration changes on horizon, many of which are not likely going through notice and comment rulemaking, and most of which are expected to significantly affect the benefits, employment, and licensing of visa holders. Specifically, under the Immigration and Nationality Act, it is expected that the proclamation will be expanded to bar entry into to the US for H-1B, H-2B, L-1, and J-1 applicants, with exceptions made for certain workers due to the COVID-19 crisis, including recruitment employers and both food supply and healthcare workers. There have also been a number of recently-proposed and implemented regulatory changes to immigration laws and policies that are important to be aware of, as discussed below:

According to initial reports, the potential rulemaking that is in the works will likely include the following specific actions:

In mid-June, the administration proposed a rule that would raise the standard of proof for immigrants seeking asylum and allow immigration judges to deny applications for protections without first allowing applicants the right to a hearing. If adopted, the policies would continue well beyond COVID-19 to have a lasting impact on the nation’s immigration policies, as well as bar those seeking asylum from pursuing other forms of immigration relief by allowing officers to declare their asylum applications to be “frivolous.”

In April – May, the administration:

Those with work visas who appear to have been spared from the proclamation’s chopping block include:

If You Have Any Questions or Concerns, Contact NYC Immigration Attorney Mark I. Cohen Today

If you have any questions or concerns about immigration issues, including visa questions, contact NYC immigration attorney Mark I. Cohen today for assistance.