What To Do If Wrongfully Accused Of Identity Theft 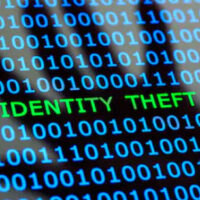 Identity theft involves a person stealing another person’s personal identification information. This is a serious crime in the U.S. If you are convicted of identity theft, you could pay huge fines and/or spend years in jail.

Also, wrongful identity theft charges can arise due to mistaken identities and misunderstandings.

What To Do if Wrongfully Charged With Identity Theft

Firstly, if you are wrongfully charged with identity theft, you need to gather relevant evidence. For example, suppose you were wrongfully charged because you had sensitive bank information that belonged to another person in your possession. In such a case, if that information was sent to your house by mistake, you could, for example, gather evidence showing that the person used to reside at your address and failed to update their address when they moved. Also, evidence that you did not use the information you had in your possession can help you prove that you did not intentionally steal the information.

Secondly, it would be best to work with a skilled criminal defense attorney if you are being wrongfully charged with identity theft. An attorney can help you understand your legal options and determine the best and safest option for your case, which can help you prove your innocence or minimize the consequences.

Additionally, you must not panic if you are being wrongfully charged with identity theft, as panicking will only make matters worse. If there are some legal complications you do not understand, you should talk to your attorney instead of panicking. Remember, your criminal defense attorney understands the law and can provide you with all the information and help you need.

If you believe you are being wrongfully charged with identity theft, contact the experienced and dedicated NYC criminal defense attorney, Mark I. Cohen, at 212-732-0002.