What Is the Meaning of “Possession With Intent to Sell?” 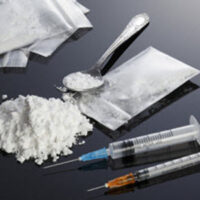 New York highly condemns drug crimes. If you stand accused of any drug crime in New York, you should work with a qualified criminal defense attorney. The penalties associated with drug crimes are quite strict. One type of drug crime that can land you into a lot of trouble in New York is “drug possession with intent to sell.”

It is vital to note that there is no specific amount or weight of controlled substances you need to possess for you to be found guilty of possession with intent to sell. This means you can be found guilty of possession with the intent to sell, even when you possess a small number of drugs, as long as the prosecution can show the court that you intended to sell the drugs.

Proving Possession With Intent To Sell

It is crucial to note that, for you to be found guilty of possession with intent to use, the prosecution must prove both the elements of possession and intent to sell. Also, you can’t be charged with possession with intent to sell if you still haven’t acquired the drugs. However, you can be charged with conspiracy, which is another crime that bears severe consequences if you and another person or other people intended to purchase controlled substances and sell them.

If you stand accused of possession with intent to sell, you must work with a qualified defense attorney who can help protect your rights. Contact experienced NYC narcotics crime attorney Mark I. Cohen, Esq. at 212-732-0002 today to receive legal help.