What Is The Alibi Defense? 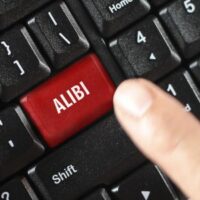 As much as it is a commonly used term, not many people understand the meaning of the term “alibi.” If you or someone you know currently stands accused of a crime, you need to learn the meaning of alibi to understand when and how to use such a defense. Additionally, as a defendant, it is vital that you reach out to a skilled criminal defense attorney, even if you have an alibi defense. A qualified defense attorney can help you use such a defense appropriately.

The term alibi was borrowed from the Latin language. Generally, the term means “somewhere else.”

When using the alibi defense, you don’t have to give up your constitutional right against self-incrimination (that is, the right to remain silent). Generally, you don’t have to give a personal testimony if you choose to use the alibi defense. Other witnesses’ accounts or evidence can help you prove that you were in a different location during the time the crime in question was committed. Such would be considered admissible in court even without you having to make a personal statement. Nonetheless, if you wish to testify, you can do so, but make sure you consult your attorney before deciding to testify personally.

When it comes to criminal law, some defenses are affirmative, whereas others are ordinary. An affirmative defense such as an insanity defense imposes the burden of proof on a defendant. In contrast, an ordinary defense such as an alibi defense imposes the burden of proof on the prosecution. Generally, it is up to the prosecutor to discredit the defense beyond a reasonable doubt when it comes to an ordinary defense.