What Happens If You Miss A Court Date In New York? 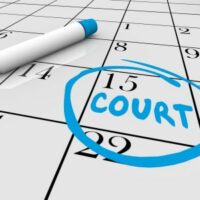 If you were arrested and charged with a crime and then released on bail, you most likely have an upcoming court date. If you do, it is crucial that you show up in court on the day you are supposed to. Failure to appear for your court date can lead to the issuance of a bench warrant. Moreover, you could end up facing additional criminal charges and penalties for the offense of “bail jumping.”

When you miss a court date in New York, the court might issue a warrant for your arrest. The warrant of arrest issued in such a case is known as a bench warrant.

Bench warrants are almost the same as other warrants of arrests, but unlike other arrest warrants, judges generally only issue bench warrants when individuals violate court rules.

Once a New York court issues a bench warrant, the police can arrest you and take you into custody. If arrested, the chances are that you’ll remain in custody until you take care of your missed court appearance.

What Are the Potential Consequences of Missing a Court Date in New York?

If convicted of an offense in the third degree, you risk going to jail for up to one year or being sentenced to probation for three years. You also risk paying a fine of up to $1,000.

If convicted of an offense in the first degree, you risk spending up to seven years in jail. You also risk paying a fine of up to $5,000 if convicted of such an offense.

According to a study published in the Science Magazine, “broken” summons forms might be part of the reason why many defendants fail to show up for their court appearances. If, for instance, a summons form buries information about arrest warrants on the second page, a defendant might not see such information; thus, might fail to show up in court because of not taking their court appearance seriously. According to the researchers, redesigning such a form reduced the odds of defendants missing court appearances by 13%.

If you missed your court date for genuine reasons and are now worried that the court might issue a bench warrant and charge you with bail jumping, contact skilled NYC criminal attorney Mark I. Cohen for legal assistance.