What Does “Objection” Mean? 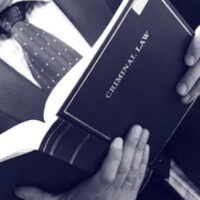 If you’re facing criminal charges and are about to go to trial, it is crucial for you to familiarize yourself with the terms you will hear being thrown around in court. One of the terms you will hear during your trial is the term “objection.” If you have ever watched a courtroom drama, you have probably heard this word being used during the testimony of a witness. However, that is not the only time an attorney can say “objection.”

The Meaning of “Objection”

According to Cornell Law School, an objection is a formal protest that an attorney raises during a trial. Such a protest can also be raised during a deposition or other procedure. When an attorney objects, it means they wish the court to disallow a question, witness testimony, or other evidence that would go against the rules of evidence or other procedural law. In simpler words, when an attorney says “objection,” it means they think the opponent violated a procedural law or rule of evidence. Often, objections arise after the opposing party asks a witness a question or when the opposing party tries to enter an exhibit into evidence.

There are several reasons why a lawyer may object in court. Below are some of the most common ones;

By definition, hearsay is an out-of-court statement made by a person in court. So, if a witness says something like, “My friend told me the defendant was near the crime scene at the time of the crime,” an attorney may object to the statement on the grounds of hearsay. Also, an attorney can object to a question if the opposing attorney asks a question that elicits hearsay.

Lastly, when an answer hinges on a witness’s opinion, an attorney may object to it. For example, an attorney is likely to object to the question, “Do you think a person who supports that political party is more likely to be involved in crime?”

If you are facing criminal charges in New York, the skilled NYC criminal defense attorney Mark I. Cohen, Esq., can help you. Call 212-732-0002 today to schedule a consultation.