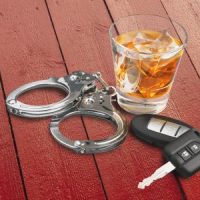 The federal DUI law makes it illegal for a driver to operate a vehicle with a blood alcohol content (BAC) of 0.08 or more. However, suppose the state law that applies to operating a vehicle while under the influence establishes more restrictive limits of alcohol concentration in the driver’s blood. In that case, those limits supersede the federal limits. Also, driving a vehicle under the influence of illegal or prescription drugs is against federal law.

Federal DUI cases involve a procedure that is quite similar to that involved in a state DUI case. However, to defend yourself against a federal DUI, you might need stronger evidence than you would in state court. If convicted of a federal DUI, the court might impose penalties based on state law or case law, but when these penalties don’t apply, the law considers a DUI a Class B misdemeanor. Therefore, this means that if you are found guilty of a federal DUI, you risk spending up to 6 months in federal jail and paying a monetary fine of $5,000.

Most DUI charges are tried at the state level. Typically, states have more jurisdiction over traffic and moving offenses than the federal government. However, after getting arrested for DUI, you might be shocked to learn that you’re facing federal DUI charges. If charged with a DUI at the federal level, ensure you reach out to a skilled federal criminal defense attorney for help.

Our skilled and dedicated NYC criminal defense attorney, Mark I. Cohen, can help you if you are facing state or federal DUI charges. Contact us at 212-732-0002 to schedule a consultation and discuss your case.