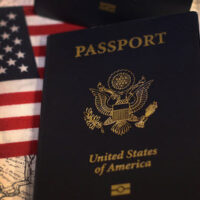 According to the U.S. Department of state, in 2019, 20,690,491 U.S. passports were issued. With a U.S. passport, you can prove your citizenship or identity. Because of the value of a passport, the United States’ government takes passport crimes seriously. Even though most people who seek U.S. passports do so with honest intentions, many others seek passports and visas with wicked intentions. Federal laws are in place to punish any person found guilty of any passport crime.

Passport crimes exist in various forms. They range from the issuance or verification of a passport without authorization to the use of another person’s passport to violate the law.

Below is a breakdown of the passport and visa fraud crimes described under Title 18 of the United States Code.

Under Title 18, U.S.C, Section 1542, it is unlawful for any person to deliberately and knowingly make false statements when applying for a passport for purposes of securing the passport. Under Section 1542, it is illegal for anyone to deliberately and knowingly use a passport or attempt to use a passport obtained by giving false information. The most commonly used false statement is using false names. It is common for criminals to use false names when applying for passports.

Under Title 18, U.S.C, Section 1544, the law prohibits any person from knowingly using another person’s passport. It is also illegal for anyone to use a passport in a manner that violates the restrictions governing its usage. Additionally, under Section 1544, it is unlawful for anyone to give a person a passport for use when they know that the person they are giving the passport to is not the passport’s rightful owner.

Passport crime charges carry heavy penalties. It would be best if you worked with an experienced NYC criminal attorney to ensure you handle your case in the best way. Contact Mark I. Cohen Esq. today to schedule a consultation.