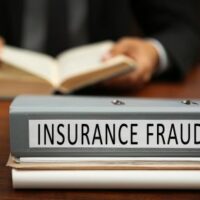 Insurance fraud is among the most common types of fraud in New York. Often, insurance fraud is committed by people who knowingly and with the intention to defraud present false information to insurance companies in the underwriting and/or claim phase. One of the main reasons this type of fraud is prevalent is the misconception that there are never any real victims. Unfortunately, unlike what most people think, insurance fraud affects innocent individuals who are usually forced to pay high premiums after fraud incidents occur.

It is crucial to note that application fraud does not apply to the unintentional mistakes made during the application process.

Sometimes, people invent false claims for purposes of selfishly gaining. When you file a dishonest claim, you are guilty of false claim fraud. Examples of fraudulent actions that constitute false claims fraud include;

Cases of people trying to defraud insurance companies by faking their deaths are more common than people think. Faked death fraud is a form of false claim fraud, but it is highly specific. Usually, a person will fake their death, and their beneficiary will collect or try to collect the money. Upon successful collection, the beneficiary and the “dead” person will share the money. However, pulling off such a type of insurance fraud is not easy.

If you stand accused of any of the above-discussed forms of insurance fraud or any other form of insurance fraud not discussed in this article, reach out to a skilled attorney immediately. To receive legal help, contact Mark I. Cohen, an experienced NYC white collar crime attorney, today.