The Crime Of Embezzlement 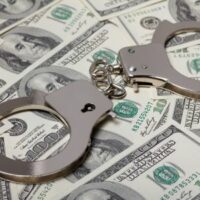 The crime of embezzlement can carry serious consequences, including fines and a prison term. So, if you stand accused of embezzlement, ensure you speak to a qualified criminal defense attorney who can defend you and increase your chances of getting a positive outcome.

What Is Embezzlement in New York?

In New York, the crime of embezzlement falls under NY Penal Law 155 (Larceny).

Differing Degrees of the Crime of Embezzlement

The amount of money a person takes dictates the degree to which grand larceny by embezzlement crimes are charged. If an individual takes:

New York Penal Law 155.25 (Petit Larceny) would be the applicable crime charge in a situation where the money stolen is equal to or less than $1,000.

If you stand accused of grand larceny by embezzlement in New York City or New York State, contact Mark I. Cohen, an experienced NYC Grand Larceny attorney, at 212-732-0002 to maximize your chances of preserving your freedom, reputation, and assets.