Some Important Information About The Constitutional Right To Remain Silent 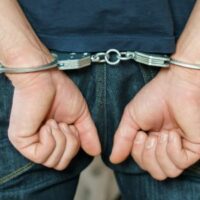 The wording used when an individual is being ‘Mirandized’ is quite plain and straightforward:

Read on to gather some important information about your constitutional right to remain silent.

Invoking Your Right To Remain Silent

Generally, police officers are expected to read individuals their Miranda rights upon arrest. As long as a suspect understands their rights as explained by a police officer, any statements made in subsequent interrogation can be used as admissible evidence if the suspect failed to invoke their right to remain silent. As a suspect, you must affirmatively invoke your right to remain silent to ensure that anything you end up saying after an arrest is inadmissible in a court of law.

Practically speaking, if a police officer reads you your Miranda rights, they may continue interrogating you. After remaining silent for a while, the statements you make can still be used against you unless you affirmatively invoked your right to remain silent. Generally, keeping quiet and then continuing to speak after a while does not equal invoking your right to remain silent.

After a person invokes their right to remain silent following an arrest, police officers are expected to stop questioning them.

If you are in or around New York City and facing criminal charges, contact the experienced NYC criminal defense attorney Mark I. Cohen, Esq., at 212-732-0002 today for help.