Some Crucial Things To Know If You Are Facing Deportation 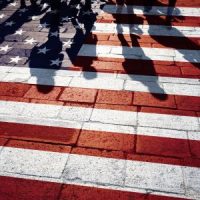 Facing deportation is a serious matter. If you are deported, it means you are removed from the United States of America. Apart from leading to removal from the U.S., if you are deported, it could adversely affect your ability to enter the U.S. again. If you are facing deportation, it is vital that you retain a qualified immigration attorney. A qualified immigration attorney can help you protect your rights. They can help you develop a strong defense strategy.

Some Important Things To Know if You Are Facing Deportation

Every year, approximately 300,000 immigrants are removed from the United States of America. However, not everyone who is placed in removal proceedings is removed from the U.S. There are several ways to fight deportation. If you are in removal proceedings, you must avoid assuming that you cannot do anything to prevent deportation. Instead, start researching how to fight deportation and hire an experienced immigration attorney. An immigration attorney can work with you to determine the best deportation defense to use in your case.

There Are Many Ways of Avoiding Removal

Adjustment of status is the process of applying to be a lawful permanent resident (LPR) of the U.S. when you are physically present in the United States. On the other hand, you can seek asylum if you can demonstrate you have suffered persecution because of a protected ground and/or have a valid reason to believe you will be persecuted if you return to your home country.

There Are Alternatives To Involuntary Removal

You Can File for Cancellation of the Removal

Contact our experienced NYC immigration attorney, Mark I. Cohen, today for legal help if you are facing removal proceedings.