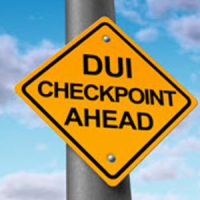 Even a Sober Person Can Fail a Field Sobriety Test

Fighting the Results of a Field Sobriety Test