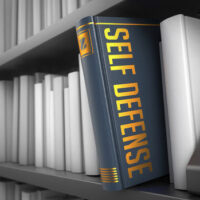 When charged with a criminal offense in the state of New York, you may have one or more defenses against the crime in question. When it comes to assault and domestic violence crimes, one of the most commonly used defenses is self-defense. In New York, a defendant may also use this defense if they are facing manslaughter or murder charges.

Generally, the self-defense concept is a legal doctrine that respects that people have the right to protect themselves from harm using force. This right extends to the protection of other people, and, in some circumstances, property.

In New York, self-defense is also known as “Justification.”  Article 35 of the New York Penal Law Code explains when individuals are “justified” to use physical or deadly force to defend themselves or others. New York Penal Law 35.15 states that you can use physical force when and to the extent, you reasonably believe such to be necessary to defend yourself, or another individual from what you believe to be the use or imminent use of unlawful physical force by another individual. However, a person may only use deadly physical force in limited circumstances. For instance, if an individual reasonably believes that another person is committing or trying to commit a kidnapping, forcible criminal sexual act, forcible rape, or robbery, they may use deadly physical force.

Below are some additional rules to the self-defense statute you need to keep in mind;

New York is governed by the concept of “Duty to retreat” and the “Castle Doctrine.” The duty to retreat concept means that before a person acts in self-defense, they should take reasonable steps to mitigate the risk of harm. Generally, the duty to retreat concept requires that an individual only uses force as a last resort. However, retreat may not always be required. Suppose you are in your home, and an aggressor intrudes and threatens to harm you. In such a case, your actions would be guided by the castle doctrine. According to this doctrine, individuals can use physical force and even deadly physical force to defend their property against attackers. The rationale behind the castle doctrine is that a person’s home is “their castle,” and you shouldn’t have to flee your home when defending it against intruders.

If you have been arrested and charged with a crime after defending yourself, another person, or your property, contact experienced NYC criminal defense attorney Mark I. Cohen for legal help.