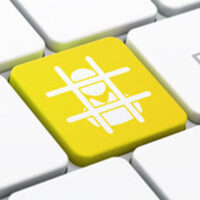 On May 3, 2022, the New York police department provided a citywide crime report for April 2022. According to the report, overall index crime increased by 34.2% in April 2022 compared to April 2021. This increase resulted from an increase in grand larceny, robbery, burglaries, felonious assault, and grand larceny auto.

As it pertains to arrests, the report states that NYPD officers effected 49.6% more arrests across all the major index crime categories in April 2022. In April 2021, NYPD officers made 2,561 arrests across the seven major index crime categories, and in April this year, they made 3,832 arrests, including 372 arrests for unlawful gun possession, which is 146 more arrests than the arrests made in April last year.

Have You Been Arrested by the NYPD?

The men and women of the New York Police Department are relentless in gathering intelligence, identifying and arresting the drivers of violence, and presenting their strongest cases to court. If the NYPD has arrested you, it is crucial that you retain the services of a skilled and dedicated criminal defense attorney. An attorney can help defend you using a defense strategy that is best suited for your case. For example, if you are facing assault charges but you only assaulted someone to defend yourself, an experienced attorney can defend you using the affirmative defense of self-defense.

Lastly, if an NYPD officer arrests you, you need to avoid answering questions without your attorney present. Remember, you have the right to remain silent and decline to answer police questions if you believe that answering those questions could result in you incriminating yourself.