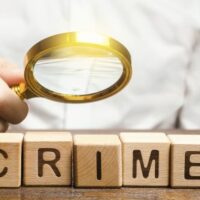 On March 3, 2022, the New York police department provided a citywide crime report for February 2022. According to the NYPD, major crimes across the city spiked by almost 60% in February 2022, compared to the same month in 2021. Every major index crime category witnessed an increase in the month of February 2022 even though citywide shooting incidents reduced a bit when compared to February 2021.

Professor Christopher Hermann, who is a former NYPD crime analyst, stated that most of the crimes are happening in a small fraction of New York City’s neighborhoods. According to Herrmann, the problem of violent crime is not spreading much.

Additionally, police reports indicate that crime rose underground in the subway system by 73.3% compared to February last year. In February 2021, 105 crimes occurred in the subway, whereas in February 2022, 182 crimes occurred. According to Herrmann, the increase in hate crimes and subway crimes is likely because more people are outside. Last year at a time like this, most people were indoors because of the pandemic.

In a statement, Herrmann stated that New York cannot rely on the NYPD arresting its way out of the ongoing increasing crime wave. Herrmann believes that other crime prevention programs need to be tried. He believes that there is a need to develop new neighborhood and community partnerships focused on preventing crime as a long-term strategy.

Following the increase in violent crimes in New York City, Mayor Eric Adams revived the ‘anti-crime unit.’ Mayor Adams resurrected the controversial anti-crime unit in January 2022 in response to a wave of criminal offenses during his first month in office as Mayor, including a shooting that left two police officers dead after they responded to a domestic incident.

If you need more information or have been arrested and charged with a crime in New York City or anywhere in New York, do not hesitate to contact the experienced NYC criminal defense attorney Mark I. Cohen Esq., at 212-732-0002 today.