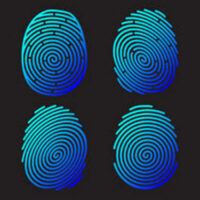 A 40-year-old New Yorker, Yohauris Rodriguez Hernandez, was charged with aggravated identity theft and other serious felony charges for attempting a COVID-19 fraud scheme that was meant to steal over $1.9 million from the New York State Department of Labor and other state agencies tasked with the administration of unemployment benefits. The 40-year-old New Yorker was arrested and charged after authorities found incriminating evidence in an abandoned Yonkers hotel room.

According to a court complaint, from February 2020 through December 2020, Yohauris Rodriguez Hernandez and a co-conspirator engaged in a fraud scheme they hoped would enable them to obtain COVID-19 unemployment benefits. From February 2020 to December 2020, Yohauris and his co-conspirator fraudulently filed and verified applications using the names and social security numbers of at least 100 other people. Over the course of this time, the two exchanged images, text messages, and other communications that included, among others, personal identification information such as social security numbers, names, and dates of birth, that were used in connection with the fraud scheme. According to the complaint, the fraudulent scheme resulted in fraudulent claims for approximately $1.9 million and the fraudulent disbursement of over $500,000 in COVID-19 unemployment benefits.

As alleged in the court complaint, law enforcement officers learned about the scheme in December 2020 after Yohauris and his partner in crime fled from a Yonkers hotel. When the two ran away, they left behind hundreds of NYS DOL mails, which contained information and state-issued debit cards for almost 76 people. Staff at the hotel found the mail and the debit cards and called the police.

The 40-year-old New Yorker is charged with;

Even though a judge will determine Yohauris’ sentencing, chances are, he will not spend less than 30 years in prison if convicted of all crimes.