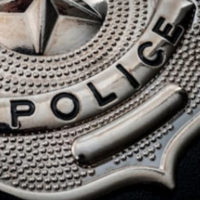 The New York City police union known as the New York City Police Benevolent Association has demanded that the district attorney charge anyone who throws water or other substances a police officer is to be charged with a felony and consider it to be assaulting an officer. While currently, police officers can make arrests and issue tickets, rarely is anyone actually criminally prosecuted for the action. The New York City Council is also encouraging the district attorney to take a zero tolerance stance and prosecute those who engage in these activities.

In fact, the chief of police appeared to be criticizing officer who walked away from these activities without arrests in remarking that, in addition to being charged with a felony, officers could arrest those engaged in these activities for a variety of charges, such as criminal tampering and/or mischief, disorderly conduct, harassment, and obstructing governmental administration. What emerged was an arguably political battle between two different administrations; one arguing for aggressive enforcement against minor offenses, and the other on efforts to deescalate potential conflict and instead “bridge the divide between police and communities” by not arresting people for such minor offenses.

The water throwing activities emerged due to a number of New York communities opening fire hydrants as one of New York’s summer cooling rituals. However, the activity is also technically illegal, and can lead to a $1,000 fine and 30 days in jail. In fact, officers did end up arresting several individuals in connection with the water dousing, and have now asked for the public’s help in locating several others.

While “petty offenses” like these can result in spending a short amount of time in prison, a felony is significantly more serious, and allows for significant discretion when it comes to imposing jail time. Still, someone who is arrested for a “crime” like this could prevail on a retaliatory arrest claim by making the case that they were arrested while others engaged in the same activities were not.

Becoming A Victim of Police Misconduct

Anyone who has been the victim of police misconduct can file a complaint with the Civilian Complaint Review Board, as well as file a lawsuit. Some of the common reasons that people file these complaints include allegations related to abuse of authority, discourtesy, excessive force, and offensive language.

If you are arrested, remember that anything you say can be used against you, therefore it is best to indicate that you want a lawyer, and not say anything else.

If you are facing assault or any other criminal charge here in New York, contact our experienced NYC criminal defense attorneys at the office of Mark I. Cohen, Esq. for legal assistance.