Mistakes Police Make That Can Help Your DUI Case 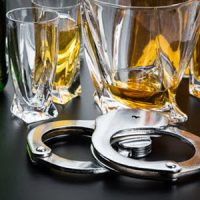 The following are some mistakes police make that can help you with your DUI case.

Mistake #1: Stopping You Without Reasonable Suspicion

Mistake #2: Arresting You Without Probable Cause

Police officers are also required to administer a chemical test properly. If an arresting officer administers a breathalyzer test incorrectly because of, for example, the lack of enough training, inaccurate results may be obtained. Also, a breathalyzer must be well maintained and properly calibrated. If the officer conducting the breathalyzer test conducted it incorrectly because they, for example, lacked enough training or if the breathalyzer equipment was not properly calibrated or well maintained, you could challenge the test results. If successful, the test results may be invalidated.

If you are facing DUI charges and need help from a qualified attorney, do not hesitate to contact the NYC DUI/DWUI/DWAI attorney at Mark I. Cohen, Esq. at 212-732-0002.