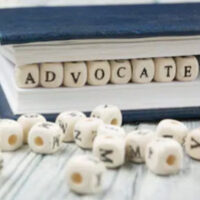 In the United States, the First Amendment protects individuals’ right to assemble and express their views through protest. The First Amendment guarantees the right of Americans to assemble peaceably and to petition their government. However, government officials are allowed to place restrictions on the exercise of this right. For example, there are laws against rioting and inciting others to riot. A riot is generally a protest that turns violent. This article looks at both federal and New York prohibitions against inciting others to riot.

Federal Law Against Inciting To Riot

According to federal law, the crime of inciting to riot occurs when a person urges or instigates other people to riot. Federal law considers a riot as a public disturbance involving;

An individual would be charged under federal law if, among other things;

Under federal law, the punishment for inciting to riot includes fines and/or imprisonment for up to five years.

According to New York Penal Law 240.08, an individual is found guilty of inciting a riot when they urge ten or more individuals to engage in any violent and tumultuous conduct of a nature that’s likely to cause public alarm. The crime of inciting to riot in New York is a class A misdemeanor, which in New York, is punishable by up to one year in jail, three years of probation, and/or a fine of up to $1,000.

It is crucial that, if you are charged with inciting to riot, you retain a skilled criminal defense attorney who can defend you accordingly. Whether yours is a state or federal charge, it is vital that you don’t ignore the importance of hiring an attorney.

If you have been charged with inciting to riot, contact the skilled and dedicated NYC criminal defense attorney Mark I. Cohen, Esq. at 212-732-0002 to discuss your case.