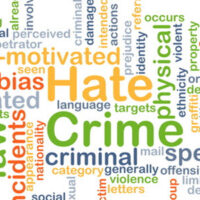 According to CNN, the report released by the HCTF shows that crimes against Jewish people increased from 28 crimes in the first quarter of 2021, to 86 crimes between that same period this year.

The report from the Hate Crimes Task Force of the New York Police Department was released at a time when New York City is experiencing an increase in violent crime incidents and Mayor Eric Adams is rolling out his plan to combat crime and violence in the city. The Mayor’s plan also addresses homelessness, particularly in the subway system.

According to New York Penal Law 485.05, an individual is liable for a hate crime when they commit a specific offense and;

If You Are Currently Under Investigation Because of Allegations of a Hate Crime, You Need a Skilled Criminal Defense Attorney To Help You Fight Your Charges

If you are facing hate crime charges in New York, contact the skilled NYC criminal defense attorney, Mark I. Cohen, Esq., at 212-732-0002 to receive help with your case.