Former New York Congressman Sentenced To Over Two Years in Prison for Insider Trading: Understand the Statute, Crime, and Penalties 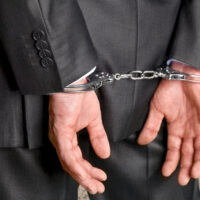 Mr. Collins learned about a failed drug trial in a drug company that he had told many, including his son to invest in. When he told his son about the failed test, his son, Cameron Collins, sold his stocks before the public got wind of the failed drug test. Chris Collins, during sentencing, asked the court not to punish Cameron for his mistakes. The court heard Mr. Collins plea, and Cameron Collins was sentenced to 500 hours of community service and five years’ probation.

From the above case, it is clear that the law does not spare anyone found guilty of insider trading regardless of societal status. Therefore, you must understand the law on insider trading.

What Is Insider Trading?

Both individuals that work for the company that owns the securities, and outsiders can attain non-public information and use it.

Additionally, for the prosecution to take place, the information needs to be “material,” meaning that it should be information that reasonable investors would consider vital when making investment decisions.

Usually, each case is treated differently, but there is a variety of information that is easily considered material information. The information includes information on;

Individuals found guilty of insider trading do not always have to end up in prison. Some cases can be tackled civilly. Some of the penalties you risk facing if your case is handled civilly include;

For those federally handled cases, penalties include up to 25 years of jail time and fines of up to $250,000.

If You Have Queries About Insider Trading or are Currently Under Investigation for Allegations of Insider Trading, Reach out to NYC White Collar Crimes Attorney Mark I. Cohen.

Not all the people accused of insider trading are guilty. Contact experienced NYC white collar crimes lawyer Mark I. Cohen, Esq., today to receive help with your case.