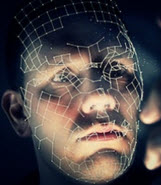 An example of such an incident occurred in 2019, as reported by New York Times. In February 2019, a man was arrested and accused of stealing candy and attempting to hit a police officer. A facial recognition software identified the man as the suspect, even though he was thirty miles away at the time of the incident. Despite him being innocent, the accused man spent ten days in jail. On top of that, he paid $5,000 to defend himself. He sued the police after his release. Nonetheless, regardless of what he may have gotten from the lawsuit, being arrested, charged, and convicted of a crime you didn’t commit can have negative lasting impacts on your life that no amount of compensation can erase.

Details of the Incident

The facial recognition conducted in this case relied on the photo from the driver’s license. Within 24 hours, state investigators claimed they had a match. Unfortunately, the match was wrong.

Facial recognition has been known to be faulty for years, but despite that, law enforcers still rely on the technology. Indeed, the technology has helped law enforcers arrest and convict many guilty individuals. Nonetheless, considering that the technology remains imperfect, you never know when the next case of misidentification might occur.

When falsely identified and accused of a crime you did not commit, you risk spending days or maybe even years in jail, depending on the crime in question. Therefore, do not be quick to assume that nothing can be done when police officers arrest you and charge you with a crime on the basis that facial recognition technology identified your face at a crime scene. Additionally, do not give up or admit to a crime you did not commit. As long as you are innocent, the charges can be dropped as soon as your attorney proves your innocence.

Whether you committed the crime or not, being charged with a crime can be a scary experience. If you stand accused of a crime, regardless of how minor you think it is, you need to work with a qualified NYC criminal attorney. Contact the office of Mark I. Cohen Esq. today to receive legal help.