Did You Confess To A Crime You Did Not Commit? Here’s What Can Happen 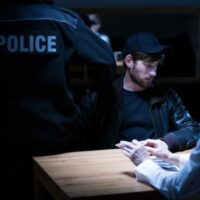 Many innocent people are currently behind bars because they confessed to crimes they did not commit. According to the Innocence Project, DNA evidence has overturned over 25% of wrongful convictions that involved false confessions. Because of the many innocent people who have ended up behind bars after making a false confession, you may be worried about going to jail if you just confessed to a crime that you did not commit. However, the good news is that confessing to a crime you did not commit does not necessarily mean the end of your case.

An Attorney Can Suppress Your Confession

In New York, whenever a person is placed under custody, they must be informed of their Miranda rights before any questioning can begin. After a criminal defendant invokes their right to remain silent, the police are not allowed to continue questioning them. If the police continued questioning after you had invoked your right to remain silent, and, in the process, ended up obtaining a confession from you, an attorney might be able to file a Motion to Suppress on the basis that the admission was involuntary. An attorney can also file a Motion to Suppress if, among other things;

If you believe the police illegally obtained a confession from you or that your admission was involuntary, consult a criminal defense attorney to see if they can suppress your confession. Fortunately, there are options if your attorney cannot suppress your confession. One option may involve calling an expert witness to the stand. An expert witness can help the judge understand that innocent people confess and the reasons for such confessions. While this tactic might not guarantee that the damage will be eliminated, it can help mitigate it.

However, critics say that this law might have loopholes. For example, some people claim that the police might coerce a defendant for hours until they are ready to confess before pressing the “record” button. Generally, nothing prevents the police from questioning a suspect for hours and then starting to record the session once the suspect is ready to confess.

If you have confessed to a crime you did not commit, do not despair. Contact the skilled and dedicated NYC criminal defense attorney, Mark I. Cohen, Esq., at 212-732-0002 to learn about your legal options.