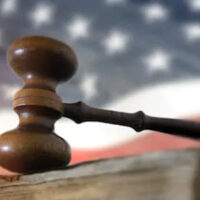 It is crucial for people to avoid being convicted of crimes. But it is especially vital for people who have not yet been naturalized as citizens to avoid conviction. For immigrants, being convicted of a criminal offense can have devastating consequences, with one of the possible consequences of a conviction being deportation. If you live in the United States of America as an immigrant, you could be subject to deportation if you are convicted of certain crimes. In this article, we will discuss the major categories of deportable offenses.

Who Can Be Deported?

It is crucial to note that the possible consequence of deportation applies to all immigrants, including those with lawful permanent residence status. Even refugees who have been granted asylum can be deported if they are convicted of committing certain crimes. Because of this, it is crucial for an immigrant facing criminal charges to think carefully before accepting to plead guilty or any other plea deal.

According to the law, several crimes can lead to the deportation of an immigrant. Below is a look at five of the major categories of deportable offenses.

A crime of moral turpitude (CMT) is one committed with evil intent. It is a crime that goes against the rules of morality and the duties owed between people or to society. Crimes of moral turpitude involve dishonesty. Among the crimes that the U.S. government and courts have determined to be CMTs in immigrants’ cases include;

As you can probably note, most crimes that are considered aggravated felonies are also considered crimes of moral turpitude.

According to immigration law, being convicted of any controlled substance-related crime can lead to the deportation of an immigrant. This means that even being convicted of simple possession can result in deportation. Unfortunately, drug crime convictions among both citizens and non-citizens happen quite a lot in the United States of America.

If you need more information or are an immigrant facing criminal charges or removal proceedings in New York, contact the skilled and dedicated NYC immigration attorney Mark I. Cohen, Esq. at 212-732-0002 today.