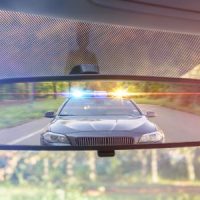 DUI arrests happen all the time. It is estimated that more than one million people in the United States of America are arrested in a given year for driving under the influence of alcohol or drugs. Usually, a DUI arrest begins in one of two ways. Either a driver was involved in an accident or pulled over by the police. This article focuses on traffic stops. Specifically, this article discusses some of the most common reasons why police officers stop drivers for DUI.

It is crucial to note that an officer does not have to suspect you are driving drunk for them to stop you and arrest you for DUI. Police officers can initiate traffic stops for any vehicle violation. Some of the reasons that could be elevated to a drunk driving investigation include;

This is one of the most common reasons for the police to pull a driver over. Police everywhere make it a priority to stop speeding drivers. It is crucial that if an officer stops you because of speeding and asks you if you know how fast you were going, you say ‘yes.’ As much as you don’t want to admit that you were speeding, you also don’t want it to seem like you weren’t paying attention behind the wheel.

Driving Below the Speed Limit

When the police notice that a driver is going, for instance, 20 mph below the posted limit, they might suspect that something is not right. Also, the police realize that driving too slow can be just as dangerous as driving too fast.

Failure To Maintain a Single Lane

The turning signal allows other road users to anticipate a driver’s next move. An officer might stop you if you turn or make a lane change without activating your signal or doing so correctly.

Headlights Off or Not Working

This is one common reason for police officers stopping drivers at night. According to New York law, you are required to use your headlights one-half hour after sunset until one-half hour before sunrise. Most newer cars have automatic headlights that turn on when the ignition is turned, but sometimes even those don’t turn on.

If, for instance, you have windows that exceed tinting regulations, you may be pulled over by the police. In New York, there are strict guidelines as to how much tint you can have on your vehicle’s windows. For example, according to the NYS Vehicle and Traffic Law, the windshield and front side windows can’t block more than 30% of the light.

Our NYC DUI/DWUI/DWAI attorney, Mark I. Cohen, is here to provide you with any information you might need or help you with your DUI case. You can reach us by calling 212-732-0002.