Can I Face Charges For The Same Crime In Both State Court And Federal Court? 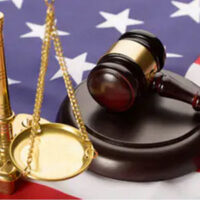 While you may be familiar with the term “double jeopardy,” this doctrine is actually a bit more complex. Often, people assume that they cannot be charged and prosecuted in both a state court and federal court for the same offense because of the Double Jeopardy Clause. This is not entirely true. Suppose you were arrested, charged, and acquitted of drug possession, for instance, in New York. In such a case, the doctrine of double jeopardy prevents the state of New York from prosecuting you for this same offense in the future. However, the doctrine of double jeopardy generally does not prevent the federal government from prosecuting you in a federal court for that same offense in the future. So, yes, you can face charges for the same crime in both state and federal court. This is because of a concept known as “dual sovereignty.”

Most people understand the above, but most people don’t understand that the Double Jeopardy clause applies to prosecutions of the same offenses by the same states or governments. In the U.S., states are considered separate sovereign entities. The state and federal governments are also considered two separate sovereign entities. According to the dual sovereignty doctrine, more than one sovereignty can prosecute an individual if they break the laws of each sovereignty.

Examples of common criminal activity that may allow a person to be charged in both state and federal courts include;

If you have questions about the legal concepts of double jeopardy and dual sovereignty or need legal representation, contact the skilled and dedicated NYC criminal defense attorney, Mark I. Cohen, Esq. at 212-732-0002.