Can A New York Driver Refuse To Take A Field Sobriety Test? 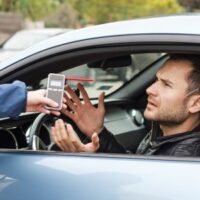 In the state of New York, there is a law known as an “implied consent law.” According to this law, once you get a driver’s license and begin driving on New York roads, you automatically consent to take a chemical test to determine your blood alcohol content when requested to take one. Refusing to take a breathalyzer test, for example, can result in an automatic suspension of your driver’s license and a fine of up to $500. These penalties are usually in addition to the DWI penalties should you be convicted of DWI. So, usually, it is best to take a chemical test when asked to take one.

While law enforcement officers usually see field sobriety tests as a useful way of determining if someone is intoxicated, these tests are often a no-win for motorists. When stopped by the police, nervousness usually follows. When you are nervous, it is quite easy for you to perform poorly on a field sobriety test.

Is It Wise To Refuse a Field Sobriety Test?

If you have any questions about New York field sobriety tests and chemical tests, contact the skilled NYC DUI/DWUI/DWAI attorney Mark I. Cohen at 212-732-0002 today.