Burglary: The Differing Degrees of the Crime, and the Possible Defenses Under Each Degree 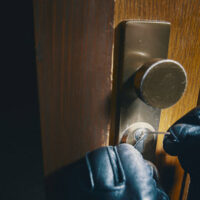 Burglary is an offense that generally involves unlawfully entering a location, typically a building or a dwelling, intending to commit a crime in the area. In the U.S, burglary is considered a felony in many states, with New York being one of the states that categorize burglary as a felony.

Accused individuals need to ensure they work with qualified burglary attorneys because of the consequences of burglary crimes. If you have been charged with burglary of any degree, you must find a skilled defense attorney who can help you get the best outcome. There are various defenses against burglary charges. The one you use depends entirely on the specifics of your case.

Below is a brief explanation of the different degrees of burglary crimes and the examples of possible defenses under each degree.

For you to be convicted of burglary in the third degree, the prosecution must prove that you knowingly entered or remained in a building illegally with the intention of committing a crime inside the building.

One defense that could significantly help a person accused of third-degree burglary is proving that even though the person knowingly entered and remained in a building unlawfully, they had no intention of committing a crime in the building.

A burglary crime becomes a second-degree crime when the prosecution proves the elements of a first-degree crime and proves one of the following aspects.

There are different defenses that your attorney can embrace if you are facing second-degree charges. For example, if you are accused of causing an injury to someone, your attorney could try to prove that the injury you caused does not qualify as a physical injury. Another example of defense centers on cases involving deadly weapons. A qualified attorney can try to prove that the weapon used was not deadly.

For an individual to be found to have committed first-degree burglary, the prosecution must prove the second-degree elements and that the burglary crime occurred in a home.

Possible Defenses Against the First-Degree Burglary

It might seem impossible to defend yourself when accused of first-degree burglary, but your attorney can help you navigate your choices. If, for instance, you were forced to break into a dwelling, your attorney can try to prove that in court.

It is crucial to note that some defenses against burglary crimes don’t necessarily eliminate charges but rather reduce sentences and penalties.

If you need a qualified burglary attorney to help you with your case, contact NYC criminal attorney Mark I. Cohen today to maximize your chances of reducing your sentence and maintaining your freedom as well as assets.