Being Profiled & Charged with Sex Work In New York: Will It Soon Change? 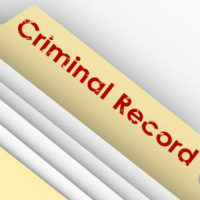 Police taking advantage of New York’s prostitution and loitering laws has been an ongoing issue in terms of violating a number of New Yorkers’ civil rights and engaging in police abuse. Every day, a number of people in New York fear for their lives in being stopped by police simply for being of a certain ethnic minority and identifying as trans. They describe their existence alone as being “illegal in the state of New York.” To that effect, newly proposed state legislation could go far in reducing this abuse.

The Current Law in New York

The current law that allows police officers to arrest anyone they “suspect” of “loitering for the purposes of prostitution” is a 1976 state law that does not contain adequate definitions so as to prevent police abuse of the wide discretions taken by local law enforcement. What results is often police equating sex work with sex trafficking, which leads to a number of innocent people being profiled and unfairly targeted every day; as well as sometimes the victims of sexual assault by the very law enforcement that targets them.

A Call for Change

Now, not only are a number of individuals speaking out about this abuse, but also advocating for full decriminalization of sex work throughout the state of New York in order to curb the opportunities created for abuse by police officers who find it far too easy to take advantage of people taken into custody on prostitution charges. That abuse often includes sexual assault and forcing people to become confidential informants.

According to the statistics, between 2012 and 2015, more than 85 percent of people arrested in New York City under this statute were black or Latino women. One of the bills, A00654/S02253 would seek to reduce that obvious ethnic profiling by repealing the entire charge of loitering for the purposes of prostitution statute. The statute is known as the “Walking While Trans” ban, and essentially allows police to arrest people just based on their appearance.

Another bill, A06983/S04981, would allow for sex trafficking survivors to have their records cleared of charges connected to what their traffickers forced them to do. While New York law does currently allow trafficking survivors to clear their records of prostitution-related charges, it does not allow them to be cleared of other related charges, such as drug and trespass charges that are connected to the trafficking that they were first forced to engage in.

Those advocating for the bills describe being subjected to police abuse and arrest just for existing as trans individuals in New York City every day. They feel that by legislatively decriminalizing sex work, marginalized individuals will have fewer fears here in New York.

If you have been unfairly targeted for arrest here in New York, or have questions about how to clear charges from your record in New York City, contact our experienced New York criminal record sealing attorneys at the office of Mark I. Cohen, Esq. today to find out how we can help.