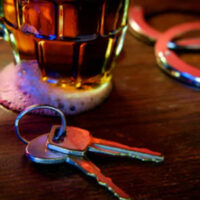 After a DUI/DWUI/DWAI arrest, a person could end up making several mistakes because of fear or confusion. When arrested for DUI/DWUI/DWAI in New York, you must avoid making a mistake that can hurt your case. It would be best to handle your case with caution to increase your chances of seeing positive outcomes.

If you can remain calm and collected after a DUI/DWUI/DWAI arrest and remember to avoid the following mistakes, you will most definitely help your case rather than hurt it.

Just like with many other charges, making incriminating statements to law enforcers can harm your DUI case. Many individuals tend to talk a lot when stopped by police officers because of nervousness. Even when in doubt, some keep talking and end up making incriminating statements. When nervous or in doubt, it is best to remain silent or politely decline to answer questions. A police officer will most likely prosecute you based on the evidence you provide them. So, the less information you provide, the better.

Mistake #3: Not Understanding What Is at Risk

One common mistake people make is assuming that DUI/DWUI/DWAI charges are not serious charges. Because of this assumption, drivers ignore or handle their cases without caution. The assumption is misleading, because the truth is that, if convicted of DUI/DWUI/DWAI in New York, you risk facing hefty penalties. Depending on the various factors surrounding your case, you risk spending up to seven years in prison. You also risk paying monetary fines of up to $10,000. Other consequences of DUI in New York include a permanent criminal record, higher insurance premiums, and installation of ignition interlock devices.

Mistake #4: Failing To Hire an Attorney

Mistake #5: Prematurely Concluding You Are Guilty

No matter the circumstances you find yourself in, never conclude you are guilty until your guilt is proven. There are defenses available for you and your attorney to use even when it seems like there is no hope. Some strong defenses can even help you avoid a conviction.