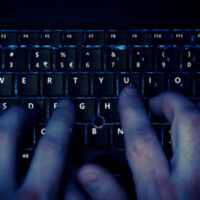 According to the United States Department of Justice, in August 2021, a 25-year-old man from Rochester, Monroe County, New York, was sentenced to thirty-six months in federal prison after stealing nude photos of dozens of female victims. The man was sentenced for aggravated identity theft and computer fraud in connection with his hacking of social media accounts and theft of the victims’ nude photos. Before his sentencing, 25-year-old Nicholas Faber had pleaded guilty on February 8, 2021.

After Faber committed the crimes, the school had to allocate money and staff to reviewing computer and server access logs, identifying compromised accounts, resetting passwords, and notifying students and parents.

Michael pleaded guilty to aggravated identity theft, computer hacking, and child pornography offenses in May 2020. Fish is scheduled to be sentenced later this year, specifically in November.

According to the United States Department of Justice, Deputy Chief Michael Stawasz of the Computer Crime and Intellectual Property Section, which is a section of the criminal division of the U.S. Department of Justice, is handling this case. Deputy Chief Michael Stawasz is handling the case with two Assistant United States Attorneys, Joshua R. Rosenthal and Wayne A. Myers of the United States Attorney’s Office for the Northern District of New York.

It is crucial for you to note that the Computer Crime and Intellectual Property Section pursues three main goals, which are;