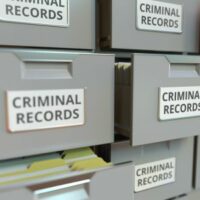 Generally, an expungement removes a person’s conviction entirely and makes it look like an individual never committed the crime, whereas sealing only removes an individual’s criminal record from public view. A sealed criminal record still exists and can be accessed. However, only a limited number of parties can access sealed records.

Below are three reasons to have your New York criminal record(s) sealed or expunged.

A Criminal Record Can Prevent You From Getting a Job

Many employers refuse to employ individuals with criminal records. Having your records sealed or expunged can prevent employers from seeing your past conviction(s) during background checks.

A Criminal Record Can Prevent You From Accessing Loans

When you apply for a loan, the lender will most likely do a background check on you. With expungement or sealing, you can avoid being denied loans since sealed or expunged records cannot be accessed by lenders.

A Criminal Record Can Hinder You From Traveling Outside United States

Generally, criminal records make it hard for people to travel outside the United States. A criminal record can make you miss out on taking a trip of a lifetime or even your dream job. Therefore, it would be best for you to consider having your qualifying criminal records sealed or expunged.