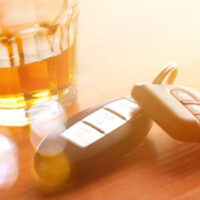 If you’ve been arrested and charged with DUI, you must talk to a DUI attorney as soon as you can. You need to understand that you are facing serious charges and that a conviction could lead to, among other things, jail time. You might be thinking there’s no way for you to defend yourself, but an attorney knows exactly how to defend you. It might be a challenging job, but DUI attorneys have been trained to defend people facing DUI charges. An experienced attorney can work with you to develop an effective defense strategy that can help you get the best possible outcome. Below are three of the most common, effective DUI  that attorneys use to defend against DUI charges.

Chemical breath testing is prone to all sorts of errors. Anything from an improperly calibrated breathalyzer, to an inadequately trained officer, to medication could mean that your BAC test results are inaccurate. If you believe your BAC test results are inaccurate, for example, because you had not had anything to drink before the traffic stop, it is possible to challenge those results. An attorney can help you determine breath testing problems that may produce a valid defense to the BAC test results presented in your case.

On top of arguing that results are incorrect, an attorney can also argue that an unofficial field sobriety test was conducted. For example, a field sobriety test can be challenged if the officer that stopped you asked you to recite the alphabet backward.

Below are the standardized field sobriety tests in New York;

Reach out to an NYC DUI Attorney

If in NYC and you’re facing DWUI charges and believe you have reason to challenge the legality of a traffic stop, BAC test results, or field sobriety test, contact Mark I. Cohen, Esq., the dedicated NYC DUI/DWUI/DWAI attorney at 212-732-0002 today.