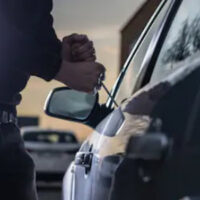 New York law enforcers take auto crimes seriously and anyone convicted of an auto crime risks facing harsh consequences that range from jail sentences to monetary fines. Despite this, 2020 witnessed a rise in auto thefts. According to an article published in August 2020, rates of reported car thefts had risen by 60% in the state of New York by the time of the article publication. While major felonies such as assaults and murders fell, auto theft crimes increased. Between March and April, 2020, alone, police officers recorded over 450 motor vehicle thefts. In 2019, during that same period, police officers recorded 291 motor vehicle thefts.

It could be hard to identify the exact cause of the rise in auto thefts in the state of New York. Nonetheless, there are several factors that one could think of that could explain the spike in auto theft crime numbers. For example, the rise in auto theft could be associated with the economic disruption that occurred due to the pandemic. In the wake of the COVID-19, many people lost their jobs. Loss of employment led to economic turmoil. This economic disruption might have played a part in causing auto thefts to increase in 2020. Also, maybe drivers began paying less attention to their vehicles and more to what they need to do after leaving their homes.

So, what exactly does the crime of auto theft entail?

Auto theft is generally the theft of cars or motor vehicles.

In New York, taking someone’s vehicle, worth between $100 to $3,000, with the intention of permanently depriving the owner of the vehicle’s ownership and use is a crime of grand larceny in the fourth degree. Such a crime is a class E felony. Class E felonies in New York carry jail sentences of up to 4 years, although not everyone who gets convicted of the crime ends up in jail.

Grand larceny in the third degree involves a vehicle worth more than $3,000 but no more than $50,000. This crime carries a jail sentence of up to seven years.

Considering the above penalties, it is evident that anybody arrested and charged with auto theft needs to defend themselves adequately. Defenses always vary from case to case; therefore, if you have been arrested and charged with auto theft, you must consult your attorney to find out the best defenses to use for your case. Nonetheless, here are some commonly used defenses for auto theft;

Accusations or charges of auto-related crimes should never be taken lightly. If you’ve been arrested and charged with auto theft or any auto-related crime, you need to work with a qualified auto crime attorney. Contact NYC auto crimes attorney Mark I. Cohen on 212-732-0002 today to receive legal help.